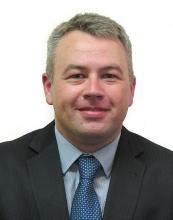 Cannock Chase Council’s Environment Portfolio Leader, Councillor John Preece, has written to the Environment Agency `in the strongest terms` following public concerns over the `long term emission of foul odours` at the Poplars Landfill and Anaerobic Digestion site based on Lichfield Road in Cannock.

The site is managed by Biffa Waste Services Ltd.

Concerned about the Agency’s handling of the situation, which has led to over 1,600 residents joining a Facebook group called `Cannock Tip – Stop the Stench`, Councillor Preece has expressed his dissatisfaction with the lack of engagement and information from the Environment Agency directed towards residents.

He has urgently asked the Agency to address and answer a series of questions, which are:

4.         What investigation has the site operator been subject to and what actions or steps will the Agency be taking to prevent this from happening again, including the monitoring and management of odours going forward?

5.         Why has it taken so long for the site operator Biffa to address this problem and why was this not foreseen?

6.         What assurances can the Agency give that this major disruption and inconvenience to residents will not occur again?

7.         Is the agency proposing to take enforcement action in respect of this matter and if so what?

Councillor Preece has invited the agency, as a matter of urgency,  to email or call him to discuss the concerns he has raised on behalf of residents.

Councillor Preece added: “I hope that the Environment Agency will act on these concerns and engage with local residents and the community to allay any fears, and to provide assurance that everything is being done to resolve the situation.”

Footnote: Since posting this item the Council has received a December update on the Poplars Landfill site from the Environment Agency, which we are happy to share (see below document).